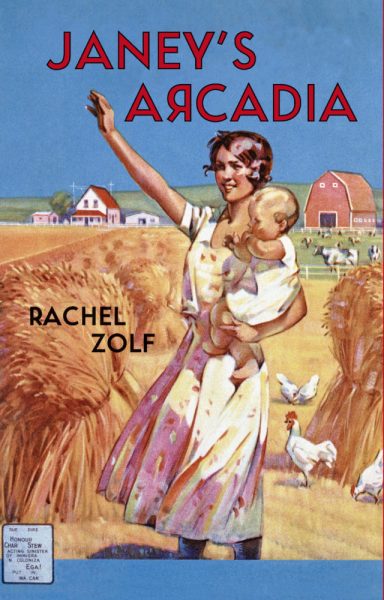 It is true Canada is not exactly a Utopia, Ltd.,
for there is hard work and a rough, raw, erudite wail
against the postmodern loss of meaning and emotion to be done
before comfort or affluence are built. I used to have a lot of idyl
fantasies inwrought with Indign traits about your too bruised
and scared surface looking into the seeds of time. How now,
my masters! Smacks not this one-acted poem of the great
national prosaic life of Arcady?

The driving courage of Janey’s Arcadia is its digital-age enactment of an allegory of misreading. Subjecting Canadian settler texts—in which Indigenous peoples’ humanity can be casually or fervently dismissed – to Optical Character Recognition (OCR) software, a chilling and ludicrous display of misreadings occurs, inescapably charged by the cultural politics of non-recognition. A reader’s encounters range from the philosophically profound “Each person is an asking…” to the OCR-mutated government questionnaire. Q: “Do you expei’ience any dread of the Indigns?” A: “I have no fear of Indigns, for I never see one.” —Joan Retallack

Few poets embody stress like Rachel Zolf. Pain most poets cannot imagine exposing with such exacting affliction. Janey’s Arcadia recommends we reconsider the weak arguments of “post-identity politics” because this poet sees how we will lie to hide the brutality of our collective suffering for civilization’s advancement. If you read this without waking your emotional intelligence, well, I’m glad I’m not you with that stick so far up your ass. This is the real poetry. I know it is because it changes me. —CAConrad

“I’ve been locked up in this room so / long, mon dieu, whatever desires arise in me are rampaging / as fierce and monstrous as gigantic starving jungle beasts.” A great hunger, ravenous as Canada, and filled with rage and hurt, animates Rachel Zolf’s splendid new book. On one hand, Janey’s Arcadia brings us a few hundred years of western colonization; and on the other, these poems speak to everyone who’s living on someone else’s land or those forced to speak in someone else’s tongue. Whether it’s Cree or English, French or Cobol, there’s always a man and a machine happy to misprise you. “C’est bien. By every fair means. In Manitoba….” —Kevin Killian